Nepal Daily Live Showing you the latest news, opinions, headline, stories, trends & more in the country. Browse the site for up to date information on national, regional and world wide happenings from politics, business, economy, finance, sports, movies, lifestyle, travel, events, food and a lot more
Home NEWS What It’s Like to Be on a Meditation Retreat at Kopan Monastery 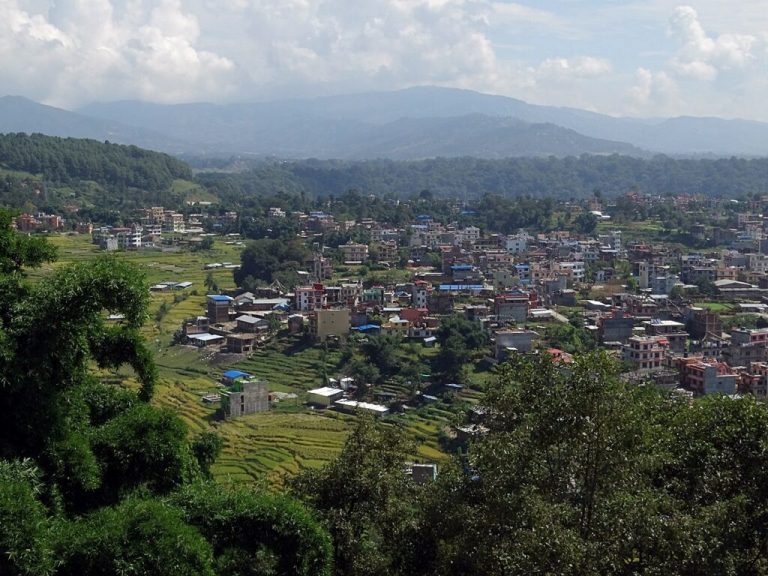 One of my priorities during my visit to Nepal was to stay in a Buddhist monastery for at least a couple of days. I had read several articles about monastery meditation retreats in Nepal and decided to find out more about Kopan Monastery, located in the outskirts of Kathmandu.

The monastery’s website stated not only that it was possible to stay as a pilgrim at the monastery, but that they also ran a 10-day Introductory Buddhism Course for those interested in learning more about Buddhism from the source. I wrote to them, filled out the application form, paid part of the fee in advance, and started dreaming of Buddhist meditation – something I had never done before!

When I arrived at Kopan, I noticed the monastery compound included a colorful gateway, a gompa (the main hall for meditation and ceremonies), a large dining room, a garden with a stupa, a Buddhist library, and a small museum. There were also a shop and a café on the grounds, multiple buildings with dormitories for pilgrims, and a group of modern buildings with twin and single rooms overlooking Kathmandu.

The meditation retreat program was pretty intense, with a rigorous schedule:

For the first couple of days of the meditation retreat I managed to take part in all the activities. Our teachers also encouraged us to not skip the classes and meditation – these were the reason we had come, after all. But, after several days of waking up early in the morning, my body gave up and I started to sleep an extra hour-and-a-half until breakfast.

After dinner each day, we weren’t allowed to talk to each other until the following day at noon. Some people had even chosen to practice total silence during the retreat. These people wore a yellow ribbon so that people knew to not approach them or challenge them to talk. I chose to not practice total silence and to talk to people. One of the reasons I was there was to understand why other people had chosen to come to a Buddhist monastery in Nepal.

I met a lot of people at the meditation retreat: Mexicans, Americans, Germans, French, Spanish, Australians, Canadians… a total of about 150 people from all over the world. I didn’t have time to talk to all of them, but those I befriended were digital nomads taking a 10-day break from traveling, trekkers taking a break from hiking in the Himalayas, or curious people taking a break from the daily routine of their Western lives (like me).

On the first days of the course, we were introduced to the Buddhist teachings. We learned that Buddhism is a philosophy, not a religion of belief in a god. It was very interesting to understand that Buddhism is based on the psychology of our mind. We were taught that we can overcome suffering and negative emotions through meditation. We were also encouraged not to believe something unless we had double-checked it and agreed with it.

The reason we meditated twice per day was that meditation changes our minds so that we see things differently. When we see things from a different angle, we can choose to be grateful for things we would have never thought of before. Practicing and applying the Buddhist teachings every day (the Dharma practice) could gradually end our inner suffering forever.

Additionally, for the first six days of the course, we had discussion groups. We discussed pre-chosen topics, shared our personal opinions or experiences, searched for solutions, and, eventually, made new friends. Sharing the most uncomfortable secrets and aspects of our lives, we opened our hearts and learned that no matter where we come from, we all have similar challenges in life. I completely let go of the fear of being judged. This way, we could build deeper connections and find more support from each other.

On the last two days of the course we maintained total silence, which meant only participating in the meditation. I missed the discussion groups, but we were told that it was about time to take our practice to the next level – total silence. Instinctively, everybody looked down when walking or entering the meditation hall instead of smiling and greeting others. During breaks, we stayed on the terrace most of the time and admired the panoramic view of Kathmandu. Even though we thought we were on a break, those moments of admiring the city were part of a longer meditative process.

We also experienced ‘walking meditation’ on days eight, nine, and ten. We had to focus on our breath and walk a predetermined route in the monastery courtyard for fifteen minutes. Thus, we synchronized our breathing with walking. It seemed strange at the beginning, but I eventually did it naturally, and felt at peace and focused after five minutes of practice.

On the last evening, we attended a Buddhist puja ceremony. The monks struck the gong and played various instruments, such as cymbals, conch shell trumpets, long trumpets, and large drums. They also recited mantras and served tea, juice, and biscuits during the ceremony.

Before leaving on the last day, we all held hands in a big circle while exclaiming a universal ‘goodbye’. It was a touching moment passionately filmed by several monks who befriended us during our stay.

Buddhism is part of everyday life in Nepal. A meditation retreat in a Buddhist monastery is a way to witness a small part of the local life in a way that wouldn’t be possible while staying at a hotel. Interacting with monks, meditating, and befriending other pilgrims is a different way to personalize a journey to Nepal and to have an authentic experience.

The post What It’s Like to Be on a Meditation Retreat at Kopan Monastery appeared first on Inside Himalayas.